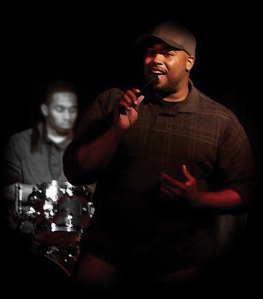 Music is in Nick Eden’s blood. The great nephew of Jazz legend Captain John Handy has always known that music was his path.

Music is in Nick Eden’s blood. The great nephew of Jazz legend Captain John Handy has always known that music was his path. Currently working on his 4th studio release, Nick Eden hopes to continue the battle to keep honest music alive.

“Nothing against what anyone else out there is doing, but I want to be more than just successful musically. I want to be significant, and I can’t do that by following trends. I want to show the next generation of musicians that Soul/R&B has more depth to offer than what’s on the pop charts.”

Significant is how he cites his influences such as Sam Cooke, Brian McKnight, Otis Redding, and Boyz II Men. It was these influences that inspired Nick Eden to travel the path he has been on for so long. Along the way he has been fortunate to release 3 albums, and appear on several nationally televised shows such as BET’s Apollo Live, The Steve Harvey Project, BET’s Lens On Talent and more.

In addition to being a performer, he is also an accomplished music journalist. Having written for legendary companies like Soul Train, he is the creator of the Soul Train R&B Freshman Class List, and Soul Train Power 20.

With his new project “Sole Of A Man” due in 2015, Nick Eden is going back to the roots of soul music to update the vintage sound that has captured the hearts of America since the days of Motown.